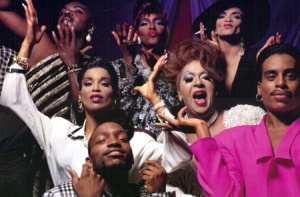 Last month, I went on a ten-day research trip to New York City. I went to immerse myself in New York’s famous experimental art scene, to meet artists and producers who could tell me about how creative risk is nurtured among young artists and to see some shows, particularly at The Public Theater’s Under The Radar Festival and PS122’s COIL 2014.

I must preface this post by saying that I had an incredible ten days in New York and I learned tonnes that I wouldn’t have learned from sitting at my desk here in Glasgow. New York remains one of my all-time favourite cities in the world. It is incomparable and unsurpassable. Equally, I don’t confess to be an expert on the contemporary New York art scene. Rather, I’m sharing a few musings gleaned from a brief trip, a few shows and several conversations.

I went to New York on a pilgrimage of sorts; to seek out, get to know and bottle a bit of the spirit that nourished thrilling experimental art movements and artists from Patti Smith to Paris is Burning, from La MaMa to Laurie Anderson.

But I quickly learned that the reasons for my pilgrimage were seriously misguided. (Was this because I was hopelessly naive to imagine that I’d find a 1980’s New York art scene in 2014? Definitely. But I learned years ago that I’d rather be naive, idealistic and impressionable than knowing, obstinate and cynical.) In fact most, if not all, of the conversations I had with artists and producers in NYC were not about risk or even about making art. They were about money, or rather, the lack thereof.

One producer explained that “in the eighties, you could get your East Village loft apartment for a couple of hundred dollars a month, which you could earn back from a few door splits at music venues or shifts at a restaurant. Now, that loft apartment costs thousands of dollars a month and artists need to do 3 or 4 jobs just to be able to afford to live in the city.”

“Young artists are moving out of the city and going to places like Austin, Minneapolis, Pittsburgh or Detroit, where you could buy an entire warehouse for $100.”

Which isn’t to say that there are no young artists left in the city – of course there are. But those artists have to work tirelessly to make ends meet, do art in their limited spare time and scramble to get the few opportunities that come up.

One of the things that this lack of financial resource does is to force young artists to think about marketing, “unique selling points” and their “brand identity” (words which we churlishly consider to be tainted by greed in this country). It spurs entrepreneurialism, resilience and an unflinching dedication. This is amazing, but in an ideal world, these skills would be consistently backed up by some cold, hard cash that allowed young artists to focus on creating work.

Another thing that became apparent is the power of reputation. I flocked to New York to see it’s Incredible Emerging Arts Scene™, only to find that it was very different to how I imagined it. That’s the power of a reputation forged in the white hot heat of 80s punk bars, drag clubs and studio theatres, I suppose. Wandering down a street on the Upper East Side one morning, I imagined amending my lexicon to include phrases like “Glasgow is the new New York/Berlin/London” or “Glasgow is the best place in the world to take creative risks” or “Glasgow has the most dynamic early-career artists in the world”, all of which I believe, but I wondered about the power of saying it out loud more frequently and of getting other people to say it too. Hopeless naiveté again? Probably. Shall we try anyway?

I heart NY. I learned a whole heap of unexpected things, which I’ll bore you with over a pint one day, if you like. Most of all though, my trip made me better appreciate how incredible this beautiful city of Glasgow really is and how lucky I am to have a strong, supportive community around me, a bit of financial resource to let me allow artists to focus and a bunch of chilly, dusty studio spaces to call home.

If London is our New York, then Glasgow is our Austin, Pittsburgh or Minneapolis. It’s the second city, the underdog, the sneak attack. It’s a city where artists can live and make art at the same time and where we are supported to take risks. It’s a city where the landscape is accessible and malleable enough that it allows each generation to reimagine it, to carve their wildest dreams and their biggest fears into it, and for those marks to remain visible to the generations snapping at our heels.